Global superfoods you need to know about 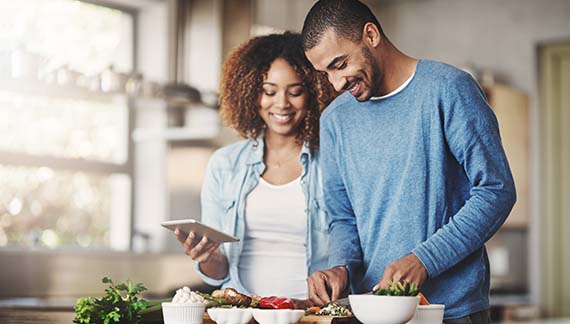 In an increasingly connected world, we can all agree that greater access to food from around the world is a good thing. Here we find out what’s trending today and speak to Bupa dietitian Gemma Cosgriff about the newest discoveries leading the global food revolution.

Matcha: A greener way to start your day

Hotspot: Japan. While this health sensation is popular in Australia, Canada, France, Germany, the UK and the US1, its popularity in its birthplace remains unrivalled.

The basics: This green tea powder is unique because the trees are shaded for the month before harvest to increase chlorophyll levels in the leaves. The leaves are then partly dried before being stone-ground, creating a fine powder.

The benefits: Like all green teas, Matcha contains high levels of antioxidants, which can reduce the chances of tumour development2.

Other potential benefits include improved concentration from its natural caffeine, and relaxation from the amino acid L-thiamine). There are also (as yet unverified) claims that matcha can reduce the risk of heart disease and type 2 diabetes.

Recipe ideas: Matcha is traditionally used in Japanese tea ceremonies. It can be served as a hot or cold drink, and is also used in cakes, confectionary and ice cream.

Drinking black or green tea can definitely be part of a healthy, balanced diet. With Matcha tea, you are consuming the whole leaves, which is unlike traditional green tea. This boosts the antioxidant content, which is a great benefit of this tea. The brewing method, brewing time and the quality of the tea itself can influence the antioxidant levels of tea.

Be aware, however, that its caffeine content also increases to a level that’s similar to a cup of coffee. Also, some varieties are sold with added sugar.

Hotspot: Australia. While still consumed most widely in its native land, this wonder plant is increasingly popular in Europe and the US3.

The basics: The shrub, native to Australia’s east coast, boasts leaves that are high in fragrant citral and citronellal4.

The benefits: The essential oils harvested from the leaves are a seeming panacea for the human condition. They offer analgesic, antibacterial, anticonvulsant, antifungal, antimicrobial, antirheumatic, antiseptic, astringent, and expectorant properties5.

Recipe ideas: This fragrant remedy is typically available as a tea, an essential oil or a dried leaf. The tea has a light citrus flavour, making it a great accompaniment to white meat and fish. It can also be used to flavour ice creams or sorbets with a citrus tang.

Using leaves from delicious Lemon Myrtle is a great way to add flavour without adding unnecessary calories. While typically used as tea, flavouring for cakes, biscuits or as a dried spice, you can also use it in place of lemongrass.

Seaweed: A superfood from the watery depths

Hotspot: China. Having been popular in Asia and some northern European countries for centuries, love of this green source of goodness is rapidly spreading around the world.

The basics: There is a wide variety of seaweed types, including arami, dulse, kelp, nori, spirulina and wakame. They offer different textures (from thin dried sheets to long, noodle-like strands) and flavours, but all rich in umami.

The benefits: Seaweed is rich in nutrients including calcium, copper, iodine, iron and other minerals, as well as being high in fibre, protein and vitamins6. It’s low in calories and fat, and could help reduce blood pressure and improve heart health.

Recipe ideas: Seaweed is used to wrap California rolls and is also found in soups, salads and even baked goods. Some varieties can be eaten as a snack or used as a salt substitute.

Not all seaweed can be consumed. But of the edible varieties, it’s a low-calorie food that offers unique flavour, protein, fibre and texture to a meal or snack. Seaweed also contains iodine, which is important for thyroid function and associated hormones.

Sauerkraut: Embrace the goodness of fermentation

Hotspot: The U.S. While it’s known by a German name and thought to have been invented in China, it’s Americans who consume the most7. It’s even been eaten in space8!

The basics: Cabbage fermented in lactic acid bacteria may not sound like a culinary delight, but that’s how it’s made. The Korean variant, kimchi, is a little more complex, with cabbage cut into larger pieces and mixed with cabbage, garlic, chili and other spices9.

The benefits: Fermented vegetables contain high levels of vitamins A and C, as well as lactobacilli bacteria. This means they’re rich in antioxidants, stimulate the immune system, and provide probiotic effects10.

Recipes ideas: Typically served as a side dish, it’s also enjoyed as a healthy garnish to slightly naughtier things such as Reuben sandwiches or hotdogs. For a healthy snack, simply slice an avocado into quarters and de-stone, before topping with sauerkraut.

Cabbage is a naturally high-fibre and nutritious vegetable, containing compounds that have cancer-fighting properties. To gain the potential probiotic benefit from this food though, it’s best to choose unpasteurised sauerkraut. Some recent studies have even found that kimchi may offer cholesterol and blood-glucose controlling benefits11.

If you don’t usually like the taste of cabbage, it’s worth giving sauerkraut or kimchi a go. Just be careful of the less nutritious options that it usually accompanies (sausages and hot dogs!).

Try supplementing your healthy diet with some of the above superfoods and see how they improve your mood and wellness. You’ll be glad you did – after all, they’re some of the healthiest foods the world has to offer.