Immunisation is one of world’s most successful health interventions, second only to the provision of clean water in saving lives. But some children are still going unimmunised, risking lives. We take a look at what immunisation has achieved and why it’s so important.

Protecting yourself while saving lives 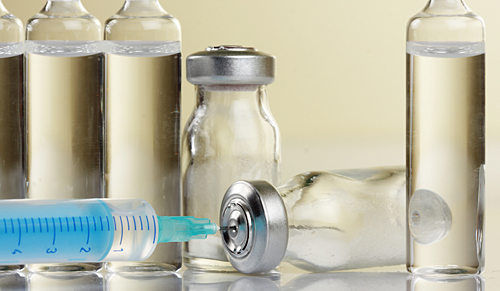 How does immunisation work?

The first vaccination was carried out in the late 18th century, when Edward Jenner vaccinated a young boy against smallpox. He discovered that introducing a weakened form of a disease to someone’s body can stimulate their immune system to fight the infection. If that person later contracts the actual disease, the antibodies they will need are already present in their body, so the symptoms can’t develop.

Most countries provide routine childhood vaccination against diseases such as measles, polio, diphtheria, tetanus, whooping cough and tuberculosis. Some vaccines are given only to specific groups of people, such as the annual flu vaccine, which is given only to people most at risk of complications, such older people and those with asthma. Others, such as hepatitis B or yellow fever, might be recommended if you are in particular regions.

Why is it so important?

Perhaps the most obvious benefit of getting your jabs is that you may be able to protect yourself from the most serious diseases. But you will also be making the world a better place, as when a large number of people are vaccinated against a disease, the spread of the infection is reduced across the whole community. The result? Even those who are not vaccinated – often the most vulnerable, such as very young babies – have a far lower risk of catching the illness.

This is known as herd immunity. Herd immunity is important because often the people most at risk from these diseases are the most vulnerable: young babies and pregnant women, people in deprived communities, and older people or those with health problems. If most people are immunised, they are offered some protection too.

Eventually, herd immunity can do something truly amazing: it eliminates the disease altogether. Vaccination led to the elimination of measles in the Americas back in 2002, and 80% of the world’s population now live in polio-free areas.

But immunisation is not universal. It is estimated that 18.7 million infants around the world still go without basic vaccines. And even in places where vaccination is the norm, not every child is vaccinated. This is partly because some diseases, such as polio, are now so rarely seen in some countries that people are questioning the need for immunisation.

Media stories and confusion over scientific evidence can affect the decisions of parents that are anxious to make the right choice for their child. Having been almost eliminated in Europe, measles started to rise again in 1999 when a study linked the MMR (measles, mumps and rubella) vaccine to onset of autism. The study was later found to have been fraudulent and the doctor who led the research was struck off the UK medical register. Headlines at the time sowed widespread fear, however, and later measles outbreaks in the UK, USA and Canada were attributed to a decline in vaccination.

In the early 2000s, rumours spread across Nigeria that the oral polio vaccine was being laced with anti-fertility agents and viruses that could cause HIV and cancer. This led to the suspension of polio immunisation for a year in several parts of Nigeria. This in turn caused a nationwide polio epidemic that spread to 20 countries that had previously been free from the disease.

Many new vaccines are in the research pipeline: since 2010, 86 low- and middle-income countries have introduced 128 new vaccines, and scientists have been working rapidly to develop and test Ebola vaccines in reaction to the 2014 outbreaks[iv]. Research is also ongoing to find a reliable malaria vaccine in the face of drug-resistant parasites.

Clinical trials are taking place to test vaccines for certain types of cancer, and a vaccine is now available for cervical cancer. Immunisation tests are also ongoing for conditions including Alzheimer’s, HIV and AIDS; these may prevent infection or slow the progression of the disease.

Such advances offer hope for the future of immunisation – incredible to think that so much can stem from a tiny pinprick.