What’s the best way to approach a difficult conversation? 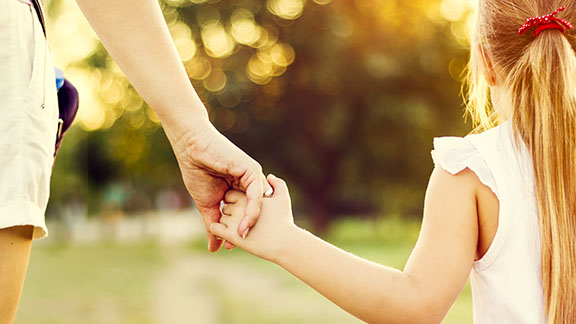 A 2017 report by the National Institute of Mental Health in the USA found that an estimated 3.2 million adolescents aged 12 to 17 had at least one major depressive episode in that year1, while a 2016 UK study found that more than a third of girls suffers from depression and anxiety2.

In Canada, recent stats found that 3.2 million 12 to 19-year-olds were at risk of developing depression, while suicide is among the leading causes of death for 15 to 24-year-olds3.

Why are we seeing these rates rise?

Social media can play a big part as well. A 2017 poll of 14 to 24-year-olds by the Royal Society of Public Health in the UK found that Instagram, Facebook, Snapchat and Twitter all increased feelings of inadequacy and anxiety5, worsened children’s body-image worries, exacerbated bullying and caused sleep problems, feelings of depression and loneliness.

With problems on the rise, why aren’t our children talking about it?

“Stigma is one of the biggest barriers,” says Joanna Kowalski from Time to Change, the anti-stigma movement run by charities Mind and Rethink Mental Illness. “Two-thirds of young people experiencing mental health problems said that fear of judgement has stopped them from telling a friend.”

How can parents help?

While ending the stigma culturally is the best way to encourage all young people to seek professional help, talking about mental health starts at home.

“If you’re feeling unsure about broaching the topic with your son or daughter, remember one of the most significant things for young people is that they know they can come to talk to you,” Joanna says. “Talking about it doesn’t need to be difficult or scary, and you don’t need to be an expert. Simply being open to talking about mental health can make a huge difference.”

Here are some tips from the experts.

Listening can actually be more important and significant than talking. Ariel Arcaute, Medical Coordinator at Bupa Global, says that listening to your kids helps “gain their trust and makes them feel important and loved”.

Ariel adds that the difference in your age means that you’ll often see a contrast in your choice of language and opinions, so be aware of this and be open. Don’t interrupt, avoid closed body language like crossed arms, and refrain from judging.

It shouldn’t feel like a big deal for your kids to open up to you.

“Put experiences into context,” Joanna says. “We all have mental health, just like we all have physical health. And mental health problems are common.”

Rachel Cresswell, a 25-year-old marketing manager from the UK, agrees. “My family has always normalised my depression and anxiety, so if I say I feel low and can't get out of bed, they go through the motions with me and just talk to me calmly. I'm really lucky that I've never had to feel embarrassed to tell my mum that some days I don't want to carry on. She doesn't freak out; she just gives me a really open space to talk.”

Don’t assume they’re too young to talk about it

Although you might not use the same vocabulary with a four-year-old as you would with a 17-year-old, avoid making assumptions about what younger children are ready or willing to talk about. Discussing emotions in a simplistic way (“Do you feel sad today?”) is one way of broaching the topic. And it’s important to introduce the term ‘mental health’ into their lexicon early on, so that they feel as comfortable discussing their mental health as they do their physical health.

If talking about direct feelings or situations feels hard, you could try broadening the subject.

“You might find it easier to talk about hypothetical situations rather than direct questions about their feelings,” Joanna says. “Like saying, ‘Exams can be really stressful, can’t they?’ Or try chatting about the experiences of a TV character.”

A problem shared is a problem halved. Don’t be afraid to share your own experiences with mental health – it could help build bridges.

Try sharing a situation where you’ve felt worried, stressed or anxious to let them know that you’re open to discussing it.

“No matter how trivial they may seem to you, never tell them they are just being silly,” Joanna says.

Rebecca Way, a 32-year-old nursery nurse from the UK, says her mental health problems as a teenager were often dismissed as teenage angst. “While it might seem like teenage problems, it’s much better to talk about mental health properly. Dismissing the signs as teen troubles could delay proper treatment.”

Watch the words you use

“We know young people fear being judged because of their mental health,” Joanna says. “Using stigmatising language like ‘crazy’ or ‘psycho’ makes it even harder for them to speak out.”

Put an hour or so aside when you aren’t busy or distracted. It might give your child more opportunities to open up.

“Something that always worked for me was going for a walk around the block, either alone or with my mum,” Rachel says. “Just five minutes or so of fresh air and removing myself from my current environment will help me relax enough to talk things through.”

Trying something a little different could be the key to starting new conversations. Games are a great way to get the whole family talking.

“I spent a weekend away with some close friends and one of us had tarot cards,” says Victoria Wilbraham, a 26-year-old designer from London. “Without meaning to, this became a therapeutic way of getting each other to open up. We found out that a few of us were suffering from mental health conditions.”

Rebecca says that even time spent at home doing something you wouldn’t usually do can help. “If I’m really low, even someone close to me offering to do my hair or paint my nails can really help distract me or lift me up, particularly if it helps me feel ready enough to leave the house.”

Seeking medical advice is necessary for a child who is suffering, but speaking to a professional yourself is also a great way to learn how to best support their condition, treatment and needs.

“Visiting a mental health professional can help you better understand the condition and answer questions you may have,” Ariel says.