Managing mental health during times of stress without self-medicating

Many are turning to ‘self-medication’ to cope with stress, but experts warn this could have longer-lasting impacts on our mental health.

The stress of the pandemic has led to increased ‘self-medication’ with tobacco, alcohol and banned substances, along with other addictive hobbies, including shopping and gambling, being particularly popular amongst high net worth individuals. Research from Bupa Global’s Executive Wellbeing Index found that 52% of high net worth individuals around the world are using alcohol, drugs or gambling to help them cope with poor mental health during the pandemic1. 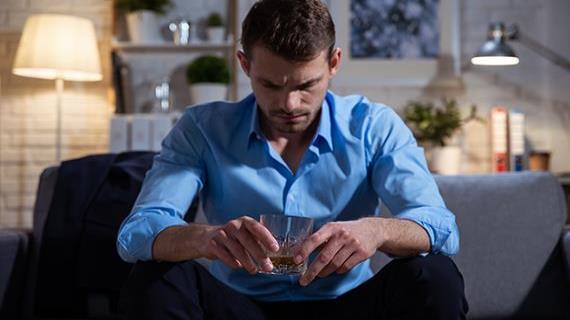 Running a business is stressful at the best of times, and plenty of executives have suffered from alcohol and drug misuse. This includes entrepreneur and investor Justin Kan, the CEO of Atrium and founder of Twitch, which he sold to Amazon for $1 billion in 2014, who has also been honest about his struggles and admits, ‘I’ve used alcohol as a way to escape from negative emotions I’ve felt2.

It’s not surprising that there has been an increase in alcohol consumption during the COVID-19 pandemic. Studies show that people do tend to drink (and self-medicate) more during major disasters and crises3, with one in four people from the FARE survey reporting that they were drinking to cope with stress4.

Around the world many took up drinking at home: alcohol producers reported increased sales in Japan of up to 40%, according to Japan Times5, while the off-licence sales of alcohol in the UK soared by 31.4%, according to the Office of National Statistics6. Meanwhile in Dubai amid lockdown, two major alcohol distributors began legal home deliveries for the first time, in hope of boosting sales. In Australia, the advocacy group Foundation for Alcohol Research and Education (FARE) has shown that 70% are drinking more than usual7.

‘It is well recognised that people with differing mental health difficulties self-medicate with alcohol, illicit drugs, prescription drugs, and over the counter medicine,’ Dr Pablo Vandenabeele, Bupa Global’s Clinical Director for mental health, says. ‘This can be done for different reasons such as targeting a particular symptom such as sleep or as a form of temporary relief from distressing emotional experiences.’

It’s something Chris*, an executive at a construction company, found. ‘I was always just a social drinker, but just a couple of weeks into lockdown, I found that I was getting through a bottle of wine, almost mindlessly as soon as I closed the laptop. It became a habit.’

Why it's important to stop

While initially relaxing us, by releasing chemicals in the brain that block feelings of anxiety, alcohol impacts on our mental health and wellbeing in the longer run. ‘The use of many of these substances can lead to problems in their own right, such as dependency – either physical or psychological,’ Dr Vandenabeele says. ‘Plus, they can worsen a person’s mental health, for example alcohol is a mood depressant and different drugs can induce psychosis or mood disturbance.’

But he says there’s another cause for concern. ‘The acute intoxication with substances can also increase impulsivity and thereby increase risks of behavioural disturbance, self-harm, or suicide; factors or risk that may already have been heightened due to the psychiatric difficulties,’ he says.

It’s important to stop the cycle, change our habits and learn to manage stress with different coping mechanisms. The first step is to identify your triggers. ‘Though it may feel obvious, formally identifying your triggers is an important and effective first step,’ explains Dr Vandenabeele. ‘Writing a list can not only help people distinguish between internal (such as health fears) and external (such as heightened workloads) stresses but also help you recognise and avoid certain situations or people.’

According to the Bupa Global Executive Wellbeing Index, 32% of high net worth individuals increased the amount of exercise they took to help alleviate mental health concerns during the pandemic8. Kan says that he finds it helps too, ‘even if it’s just for five minutes doing crunches. Researchers from University of Thessaly found that exercise has a useful role to play in aiding alcohol disorders by improving baseline health, whilst also acting on neurotransmitters involved in the addiction9. Meanwhile other studies show the role exercise can play in reducing stress and increasing mental resilience10.

Kan also makes time for a 20-minute daily meditation session to help him deal with stress. ‘I feel like it has paid dividends to my daily happiness, energy, and ability to be present11,’ he has said. Research backs him up: a study published in the journal Addictive Behaviors found evidence that a brief breath counting exercise can reduce alcohol-seeking behaviour12.

Alister Gray, Executive Leadership Coach and Founder of Mindful Talent, adds that meditation helps with his business: ‘Noticing my thoughts and paying attention to how I respond to business challenges has also been hugely beneficial as it’s empowered me to take a ‘step back’ and breathe before responding in certain circumstances,’ he says.

To stick to new habits, Kan has said that telling others can help. ‘I often make pacts with friends to do something consistently, and then we hold each other accountable. Not wanting to let yourself down is motivating but using our inherent need not let others down is extra motivating13.’

Setting boundaries can help create a clearer head space. ‘Spreading yourself too thinly or allowing work issues to consistently creep into your home life can often lead you to a breaking point,’ Dr Vandenabeele says. ‘The word ‘no’ can be incredibly effective when used correctly.’

Self-imposed boundaries are equally important. This could mean a digital detox in the bedroom to reduce exposure to blue light – and late-night stressful emails – or committing to switching off completely at weekends.

When to seek help

If you feel that you are unable to cope with the levels of stress and anxiety that you are experiencing, then it’s vital that you get professional help as soon as possible.

Figures from Bupa Global’s Index found that 31% of high net worth individuals delayed seeking help due to the pandemic. Worryingly, 32% feel they can’t talk to anyone about their mental health problems so they self-medicate instead, while 33% worry about the impact that speaking out might have on their personal and professional reputation14.

Kan has admitted that he ‘was very resistant to trying therapy,’ but after ‘a breaking point at a previous company, I realized I had to make a change and found someone. This was life-changing for me15.’

Chris agrees; he used a drug and alcohol rehabilitation service and has been sober for more than three months. ‘Wanting to stop, but not being able to do it on my own was torture. So now, waking up every day and feeling sober is life changing,’ he says.

Bupa Global has resources to help you and your family cope. If you’re a Bupa Global customer and have a health concern the Global Virtual Care (GVC) service provides confidential access to a global network of doctors by telephone or video call, with virtual appointments available 24/7 in multiple languages - enabling you to speak to a doctor at a time that suits you. Please visit our COVID-19 information hub for more details on how you can access our GVC service.

Bupa Global customers also have access to our Healthline service, which gives access to general medical information on COVID-19 and other medical conditions (mental and physical) as well as providing advice from health professionals and referrals for a second medical opinion.

Alternatively, if you have access to Bupa Global through your employer – you and your family may be entitled to use the Employee Assistance Programme. The programme entitles Bupa Global policyholders to access trained healthcare professionals 24 hours a day, 365 days a year via phone, email or online to talk through any work, life or personal concerns.

Global Virtual Care, Second Medical Opinion and Bupa Lifeworks are not regulated by the Financial Conduct Authority or by the Prudential Regulation Authority. Global Virtual Care is provided by Advance Medical, a Teladoc Health Company, and Bupa Lifeworks is provided by Lifeworks who are both service providers for Bupa Global. Bupa Global is not responsible for any actions or omissions carried out by these third parties in the provision of these services.


*Chris has chosen to remain anonymous