How alcohol affects your heart? 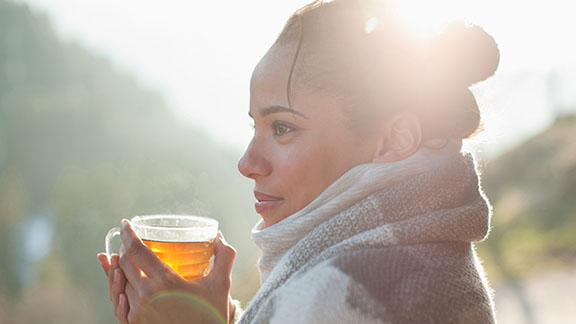 At the end of 2015, we explored the effects of cholesterol and the small changes you can make to help your heart. Now, this year we’ve identified how lifestyle choices – for example, watching what you drink - can help lead to a healthier, happier 2016.

The health effects of alcohol have been the source of some debate for years. Some studies in the past have indicated that a moderate intake of alcohol - roughly one drink for women and two drinks for men per day - might actually help to guard against heart attack and stroke1,2.

However, recent guidelines now suggest that the risks associated with drinking alcohol consumption may start from any level of regular drinking, and rise with the amount being consumed3

How much do you really drink?

The first tip is to a successful and healthy self, is to be honest and realistic about how much and how often you drink. Keeping an eye on your units (the size and strength of your drinks) is a valuable safeguard to your heart health. Alcohol by volume (ABV) indicates how many units are in a drink, and this metric of measurement can vary significantly so it pays to be aware.

"It's easy to underestimate how much you are drinking,” says Bupa Medical Director, Dr Amit Sethi. “The average bottle of wine used to be 10% ABV. Now, 15-16% ABV is not unusual - a level that used to be classed as fortified wine. We also tend to think we get seven or eight glasses out of a bottle of wine, but in reality most people will get around three or four large glasses".

In fact, with the recommended guidelines for alcohol consumption now no more than 14 units for both women and men3, it would be easy to use up all your units for the week on 1-2 bottles of wine, respectively.

Consistent consumption of 40 units a week increases the likelihood of cirrhosis - permanent liver scarring. Heavy drinking over a long period of time can also increase your risk of developing heart disease.

In part this is because high alcohol consumption can contribute to raised LDL, or "bad" cholesterol - which may combine with other substances in the blood to form plaque deposits that narrow arteries and block blood flow.

"It’s easy to underestimate how much you are drinking. The average bottle of wine used to be 10% ABV. Now 15-16% ABV is not unusual - a level that used to be classed as fortified wine", Dr Amit Sethi

Excessive drinking can also contribute to potential weight gain, which in turn increases the risk of high blood pressure, one of the most important risk factors for a heart attack or stroke. Drinking at this level can also weaken the heart muscle, a condition known as cardiomyopathy, which can lead to heart failure 4.

Know your drinks and you can still enjoy a celebration or a night out – as well the gift of good health all year round.

Want to speak to an adviser?

If you have any questions or would like help choosing the right level of cover, please get in touch.

Browse our range of products