The top five things you should know about Alzheimer’s 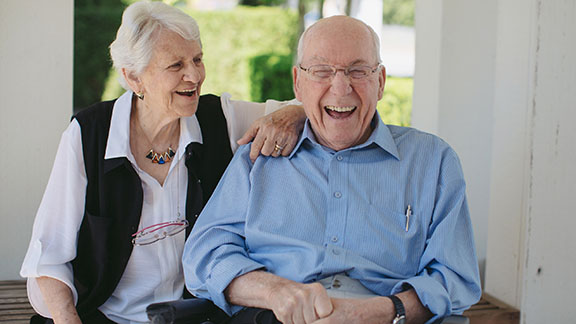 Around 850,000 people in the UK have dementia, including over 500,000 Alzheimer’s sufferers1. Here, we look at Alzheimer’s disease in a bit more detail and share some facts about the condition that we think it’s useful to know.

With over 30 years of experience in specialist dementia and Alzheimer’s care, Professor Graham Stokes, former Director for Dementia Care at Bupa Global, acknowledges that there’s been great progress in raising awareness about dementia and Alzheimer’s disease over the years. However, he believes that there’s more to be done to help us all understand people living with this condition and how to support them.

1. I am still the same person I’ve always been

People with Alzheimer’s have the same likes and dislikes as they did before their diagnosis. For most, it’s very important that they not be defined by their condition; rather they want to be defined for the person they have always been. They generally have the same sense of humour, value the same things in life and want to be treated like they always have been.

Over time, and as their condition advances, you will notice changes in their behaviour – they will become more forgetful or possibly distant – but it’s important to focus on the things that make them who they are. For example, if they like jazz music, listen to their favourite songs with them, or if they enjoy gardening, go out and sew some seeds.

2. I can live well with Alzheimer’s

Staying active is key to ensuring the wellbeing of a person living with Alzheimer’s. Seeing people socially and staying involved in activities can help prevent isolation and depression. Regular exercise can help with fitness, along with good sleeping habits, so they (and their carers) are more rested.

While staying physically and socially active can be beneficial, it’s important not to force it: let the person with Alzheimer’s be who they have always been. So, if they’ve always been introverted, balance the benefits of social activity with the fact they may find it quite distressing to suddenly change their social habits.

For people living with Alzheimer’s disease, the focus can often shift to what they can’t do: they may stop being asked to babysit their grandchildren or do the little things like making a cup of tea, when there is no need for this.

In fact, it can make them feel disempowered, especially if there are willing and able to do these things. Challenges will emerge for a person living with Alzheimer’s over time, but it’s important to focus on the things they can do.

4. I can still have meaningful relationships – don’t be shy around me

During the early stages of Alzheimer’s, people are still able to communicate as they did before their diagnosis. As the condition progresses, this can become harder, but they can still show emotion and affection. So share a laugh, a secret, or a heart-warming moment.

5. I still need companionship, even if I don’t remember that you’ve been here with me

In the later stages of Alzheimer’s, sufferers may not remember you visited them or even who you are, but in the moment you’re with them, they can enjoy your company. We all seek companionship – people who make us feel safe and loved – as we don’t like to feel lonely.

Although the person with Alzheimer’s may forget that they saw you today, that feeling of companionship can stay with them after you’ve left.

Read our article on the 10 common questions about Alzheimer's and dementia.