Should you take probiotic supplements? 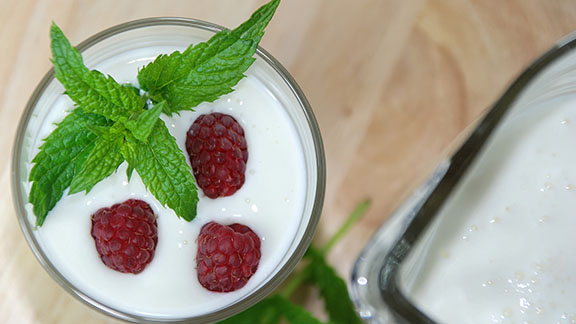 The use of probiotics, or ‘friendly bacteria’ is growing in popularity, but can taking them as supplements every day improve the health of your digestive system? And maybe even your overall wellbeing?

There are many ways we can work towards a healthier lifestyle: eating a balanced diet, drinking plenty of water, regularly exercising and taking time to wind down after a stressful working day can all help support our physical and mental wellbeing.

But over the past few years, we have been paying increasing and focused attention to the health of our digestive systems, also referred to as the ‘gut’.

It’s a good question, as many people are unsure. To put it simply, probiotics are trillions of natural bacteria in your body, mainly found in the stomach and intestines (often referred to as ‘the gut’) and most of these, such as Bifidobacterium and Lactobacillus, are key to supporting the digestive system in the right way.

These ‘friendly’ or good bacteria are formally known as probiotics, and are thought to help restore the natural balance of your stomach and intestines after they have been disrupted by an illness or treatment1.

The World Gastroenterology Organisation has confirmed that probiotics are intended to assist the body’s naturally occurring gut microbiota, citing the strongest clinical evidence in favour of probiotics, which is related to their use in improving gut health and stimulating immune function2.

Luke Powles, Bupa Lead Physician, acknowledges that probiotics can have positive effects on the body, helping alleviate the symptoms associated with a variety of conditions like irritable bowel syndrome (IBS), diarrhoea from food poisoning, Crohn’s disease, thrush and some liver conditions.

There are other benefits currently being researched, one of which has found that Lactobacillus might combat the type of insulin resistance that contributes to obesity and the development of Type 2 diabetes3.

Powles states that probiotics can have defensive health benefits, such as preventing bouts of diarrhoea that can be caused by some antibiotics which might damage protective gut bacteria, and combating urinary tract infections (UTIs) or cystitis.

And, Juliette Huberman, Bupa nurse, agrees with Powles, suggesting that people who are considering taking supplements should be mindful of the fact that probiotics are generally classed as food rather than medicine, meaning they don’t usually go through the same rigorous testing.

In addition, because of the way probiotic supplements are regulated, there’s no guarantee that the “product actually contains the bacteria stated on the food label, that it contains enough bacteria to have an effect, or that the bacteria are able to survive long enough to reach your gut.”

Should you take probiotic supplements?

Probiotics are found naturally in some fermented foods (like yoghurt, sauerkraut, kimchi and kefir milk), but just ingesting a probiotic doesn’t necessarily mean it’s being incorporated into your gut. This is because stomach acids and the digestion process can kill these bacteria before they can have an impact on your gut’s natural balance.

Luke says the current popularity of probiotic supplements could be due to the “appeal of something that is more natural, using friendly bacteria native to the body to help stay well”. However, he’s keen to stress that when it comes to the impact probiotics can have on various health conditions, the benefits of using supplements are still being researched.

This is where probiotic supplements might be effective: some contain coatings or ingredients that are designed to protect the bacteria from stomach acid, and most contain a higher concentration of live bacteria than would be found naturally in food. As such, these are regarded by some as an effective way to introduce an extra dose of good bacteria into our systems.

So, if you are thinking of taking probiotic supplements, remember that it is recommended that you check with your GP or specialist first, especially if you have an impaired or lowered immune system, or if you’re taking other medications.