Are gluten-free diets healthier for you? 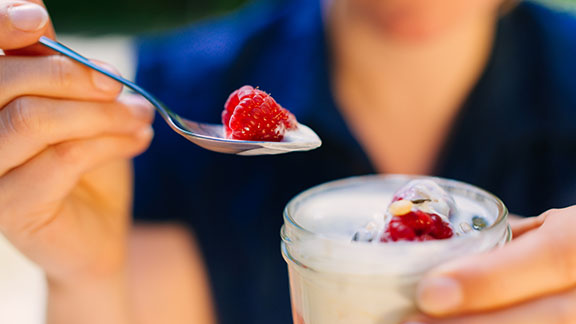 As ‘gluten-free’ increasingly appears in headlines alongside promises of health and happiness, let’s take a step back and understand what gluten is, and how it might affect you.

Getting to grips with gluten

Gluten is a protein found in wheat, rye and barley. Bread, cereals and pasta typically contain high gluten levels, while many other foods may have small traces, including sauces, gravies and alcohol.

The proteins that make up gluten help to hold food together, a bit like glue, which is why making gluten-free bread and cakes at home can be a challenge. However, a greater awareness of coeliac disease and related conditions mean there are more gluten-free foods and resources available than ever before1.

Coeliac disease is an autoimmune condition that affects around 1% of the UK population2.

Dr Luke Powles explains: “When people with coeliac disease consume gluten, the immune system mistakes the gluten as a threat to the body and treats it like a virus or harmful bacteria. As such, it mounts an immune response, causing painful inflammation of the small intestines.”

Symptoms can range widely in severity. Some people might not realise they have the condition while others find it impacts their life in a huge way. Typical symptoms include abdominal pains, bloating, diarrhoea, weight loss and tiredness, along with reduced absorption of nutrients.

Dr Powles has noticed more people in his practice “cutting out gluten from their diet without any evidence of having coeliac disease or other medical conditions affected by gluten”. He says: “There has been an increase in gluten awareness, with some celebrities and athletes claiming gluten-free diets improve their health, help them lose weight and increase their energy levels.”

While these claims may sound great, there’s no strong evidence to back them up, meaning some people may be embracing the gluten-free lifestyle when there’s little to no benefit for them.

Who should cut out gluten and who shouldn’t?

Dr Powles explains that while gluten is of low nutritional value, cutting it out can lead to a lower intake of important nutrients like iron and certain vitamins (especially some B vitamins), as a lot of gluten-free commercial foods don’t have these. Instead they may higher levels of sugar, carbohydrates and unwanted fats to help replicate the effects of naturally occurring gluten.

So, aside from people who have coeliac disease, who should be skipping gluten? Dr Powles says there is some evidence to suggest that a gluten-free diet can benefit people with other conditions, including non-coeliac gluten sensitivity (NCGS), irritable bowel syndrome3 (mainly the diarrhoea-dominated subtype), rheumatoid arthritis4, multiple sclerosis (MS)5 and other autoimmune disorders.

Autoimmune diseases develop when the body’s immune system, which is designed to get rid of invading illnesses, attacks healthy cells instead. The symptoms are varied and there are more than 80 different types of disorders, but common issues include fatigue, fever, inflammation and general malaise.

Some research has drawn a link between autoimmune disorders and gluten6. If you’re worried you’re affected, visit your doctor for antibody and blood tests that may be able to pinpoint potential problems7.

How to go gluten-free

If you think you may benefit from cutting gluten out of your diet, Dr Powles recommends that you check with your GP. If they agree, talk to a dietician, who can help make sure you enjoy a well-balanced diet, and research facts and tips from reputable online sources like Coeliac UK, Patient, NHS Choices or the Bupa Coeliac Guide.

Lastly, Dr Powles says: “Be wary about cutting out too many things at once. Some people cut out both gluten and lactose at the same time and quite often end up constipated.” Take a sensible approach to adapting your diet – if you’re in any doubt, always talk to an expert.

Coeliac myths: Face up to the truth

Myth: Coeliacs go gluten-free because of an intolerance or allergy

It’s neither of these things. Coeliac disease is an autoimmune condition that you either have or you don’t. When a sufferer eats gluten, the body's immune system attacks its own healthy tissue in the small bowel.

Myth: An upset stomach is the only symptom

Myth: You have to be underweight to have a problem with gluten

People who suffer from gluten sensitivities or intolerances often have a normal body weight when they’re diagnosed – so don’t assume weight has anything to do with it 9.

Myth: All gluten-free food is healthy

Not all gluten-free food is particularly healthy. In fact, some processed varieties are made with large amounts of sugar and fat.

Check out The Gluten-Free Guides, which offer tips and advice for finding suitable snacks and meals in a variety of countries.